Further insight into this ‘tax on creativity’ from Kris Haddow, creator of petition

Kris Haddow is a playwright, poet and performing artist, and the person who created the ‘Glasgow City Council: Scrap Public Entertainment Licence Fees’ petition. This petition is also aimed at the Scottish Government because the act on which the questionable amendment is based affects the whole of Scotland (see end of post for further information on this).

Kris has kindly agreed to my reproducing his response to a query about how the licence fees amendment might affect professionals within theatre. (This is from a discussion on SCOT-NITS, the Scottish National Internet Theatre Symposium, hence a mention of ‘Nitters’, an informal reference to members of this highly useful forum).

This is Kris’s understanding, based on the information currently* available online:-

“In the main the changes to the legislation will have the biggest impact on small or free events such as readings in bookshops and cafes, exhibitions, poetry recitals etc that currently take place in independent venues not covered by a licence—though it will also affect professionally engaged events taking place outwith our permanently licensed “theatres with walls”. The wider implication is that events such as scratch nights, murder mysteries and small-scale productions mounted in pubs, coffee shops and pop-up spaces could effectively disappear. Small business owners are unlikely to be able to afford to bear the cost of the fees to take out permanent licenses as this is not their regular domain, meaning that individuals or companies using these spaces will need to apply for a temporary licence at a minimum of £124-£600. Depending on how the Licensing Board decide to enforce it, they could put a stop to all types of public performance and exhibition of work, from singing in restaurants and poetry recitals to photography displays and flashmobs.

I personally have read poetry at scratch nights and performed excerpts of my plays while they’ve been in development, all at small independent cafes that quite simply will need to draw an end to these types of evenings.

It’s worth noting that Glasgow City Council are simply the first council to announce their feescale and the petition has now also been targeted at the Scottish Government who have set the legislation centrally—it appears to have been passed in 2010 as part of a crack down on money laundering, with public performances and exhibitions having been deemed an effective way for criminally obtained funds to be banked. An overwhelming number of the people who have contacted me via the petition site agree there is a need for licensing for many types of events that are not covered at present to ensure public safety, but it is the level of fees that will be imposed, including on free events, that is causing the greatest outcry. It is effectively a tax on low/no budget events and can only result in the stifling of creativity in Glasgow and beyond.

The fact that the entertainment and the arts in Scotland are to be generally licensed as an activity under a subset of the “Criminal Justice and Licensing (Scotland) Act” is a rather chilling prospect. It harks back to the 18th century when theatre was illegal.

Hope this clarifies the position a bit and how it might affect Nitters here on the forum. Regardless of who it might have the bigger impact on, whether it be artists, writers, photographers or actors, I think as a community all artists from all sectors should present a united front and show support as it has the potential to prevent us all from creating new work on the fringes of that which is licensed in the mainstream.”

For further information on the petition, including links to official pages, see the previous Discover Fine Acting Blog post WTF!?! Paying licence fees to do a free event in a shop or cafe?, where I am collating information I can find on this issue.

WTF!?! Paying licence fees to do a free event in a shop or cafe?

Comments on: "Further insight into this ‘tax on creativity’ from Kris Haddow, creator of petition" (4) 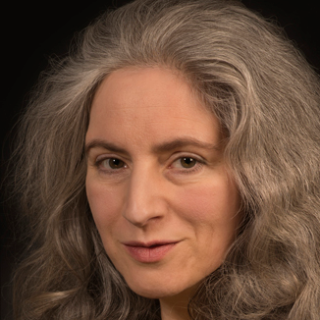